Clemente the catalyst for change 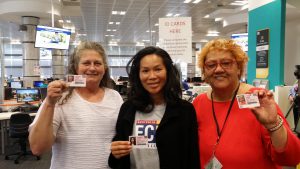 Many Foundation Housing tenants come from backgrounds that have featured significant barriers to them accessing tertiary education, despite their ability and intelligence.  Barriers such as lack of support and role models, insufficient resources, housing transience and even gender, prevent many people from completing high school, let alone university.

Life gets in the way and the prospect of returning to study, many years after having left formal education, can be overwhelming and easy to dismiss as an ‘unrealistic’ aspiration.

However a unique program designed to break the cycle of poverty, inequity and social injustice for Australians facing disadvantage and social isolation by making university accessible, is winning the hearts and minds of a small group of Foundation Housing tenants.

The Catalyst Clemente program is a humanities based pre-university entry course conducted by St Vincent de Paul and Edith Cowan University which sees students complete four units in a supportive environment.   Studying in a space in their own community rather than at a dauntingly large university campus, is an intentional strategy to acclimatise the students. Students who complete the course are recognised with a university level certificate and are eligible to commence an ECU undergraduate arts degree.

Three of the 13 Foundation Housing tenants who commenced the program in 2017 recently visited ECU’s Mt Lawley campus with their tutor and mentor Chris Nicholls to obtain their student ID cards and to have a look around.  For one of the students, Pontip, who is close to finishing the course, it was an exciting glimpse into her future as she hopes to carry on to a full degree in Community Services  in the future.

Chris said that he loved seeing the great sense of achievement the students gained from the classes and how they quickly formed strong bonds with each other, which helped them stay with the study.   “Generally the students come from backgrounds that feature a fair bit of chaos.  It’s hard for them to be here and we really challenge them by expecting them to complete university level courses; we’ve been reading The Tempest and soon they’ll be asked to write an essay on it.

“The social connection they get in this safe environment means most do really well and really love it,” Chris said.

Foundation Housing is hoping it will be able to connect more tenants with the program if it is successful in securing funding for 2018.