Over the last few months, Aboriginal and Torres Strait Islander residents in Broome have been participating in an artwork competition to have their art displayed as the centerpiece mural across the Frederick Street Lodge kitchen. To be eligible for the competition, residents had to complete artwork involving an indigenous design that told a story. 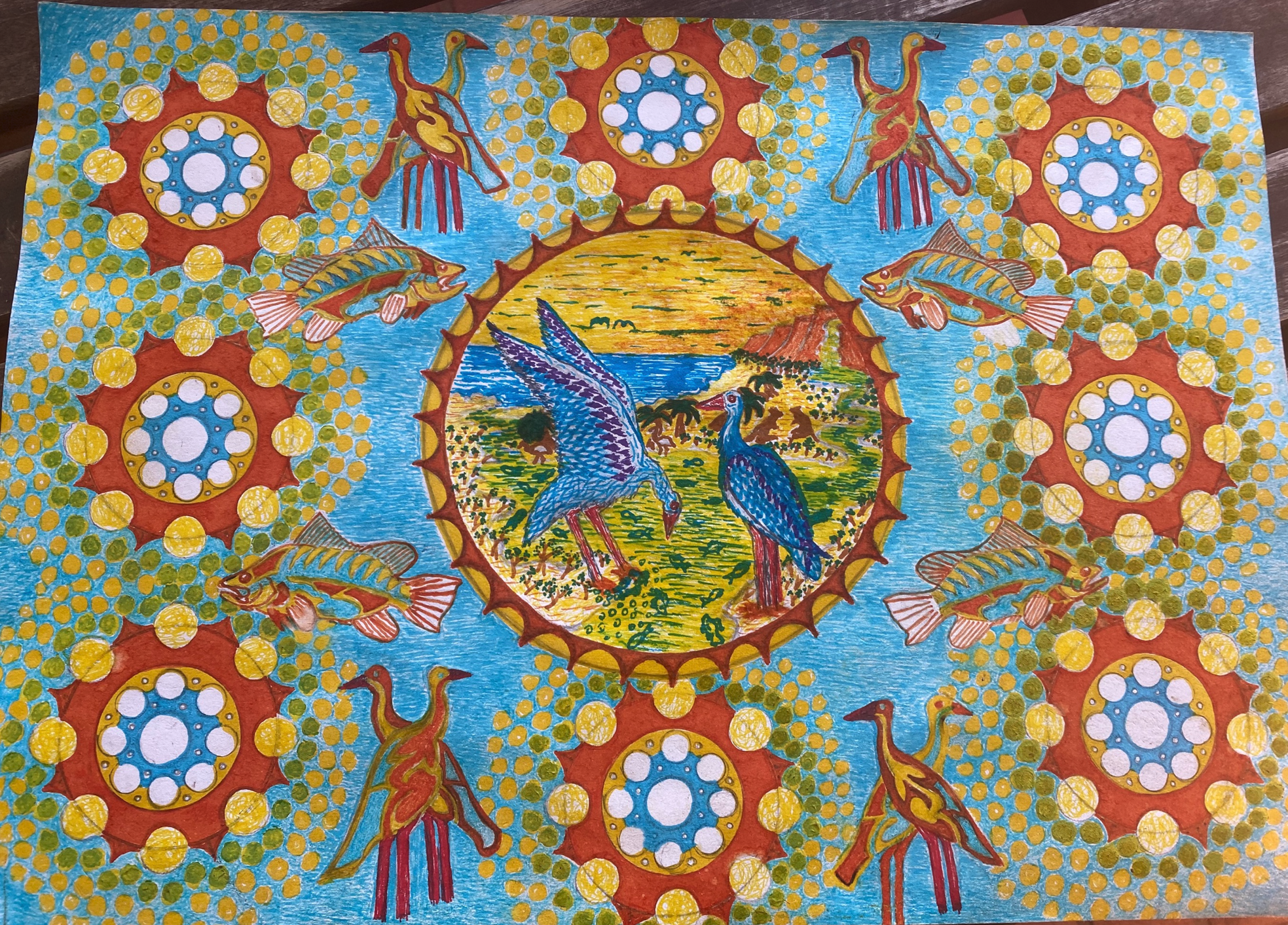 Housing Coordinators in Broome received many incredible entries and in November were pleased to announce that resident Jimmy’s artwork titled ‘Brogla, Pearl, Barramundi’ was the winning pick and that he will receive a $1000 gift voucher of his choice.  Jimmy’s artwork will be digitally printed and displayed as the centrepiece of the lodge kitchen.

In addition, it was announced that resident Vaughn’s artwork ‘Mud Crabs’ received second place and will be displayed alongside Foundation Housing’s acknowledgement of country in the lodge reception. ‘Mud Crab’ tells the story of a Yawuru man looking for crabs in the mudflats amongst the mangroves. 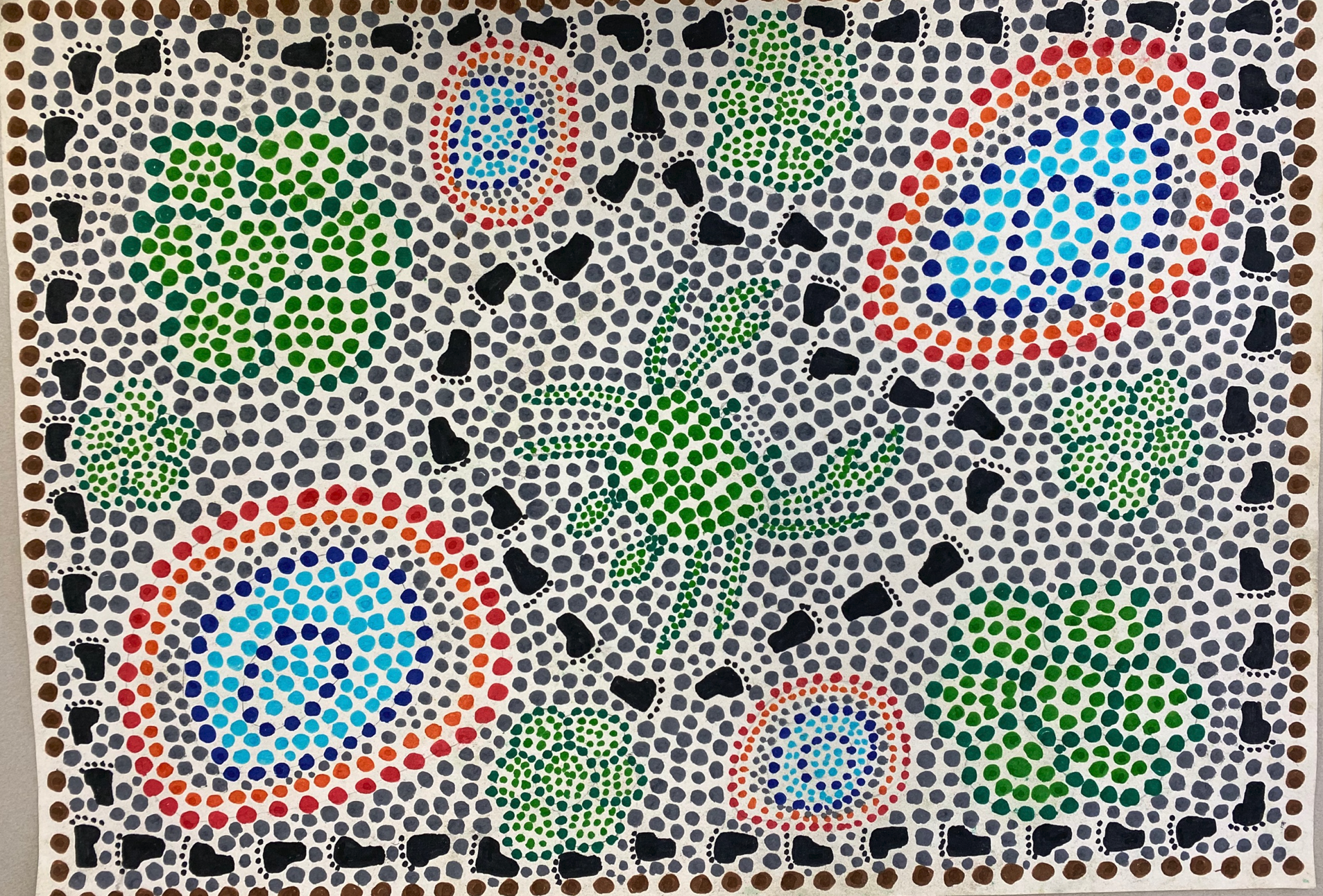 Read below to learn more about the story of the ‘Brogla, Pearl, Barramundi’.

This story is about two brolga’s (couples).

The female brolga was always captivated, stunned and amazed at shiny beautiful, round rocks like Iyarble Ord River Dam, this is where Brolga’s lived. Every day she walked around these shallow water and pools collecting shiny round stones like marbles and also the barramundi because of the scales that the barramundi had that reflected when the sun shone bright.

One day the female decided to take of the shiny marbles and barramundi and she scattered them in other pools and river. The male brolga who was madly in love with her, he would do anything that his wife did or anything that she asked of him.

Because they were madly in love with each other, happy and pleased with what they were doing. Decorating the beautiful north Kimberley, filling the pools, rivers and the sea with beautiful shiny fish and shiny white rocks. They decided that every time they stopped at a waterhole, billabong, river or the sea, the male said lets always have a corroboree dance to celebrate the beautiful work that we have done.

Today these places are known as the Ord River, halls creek, Fitzroy Crossing, derby, Broome, Beagle Bay, Cygnet Bay and Kalumburu. The dreamtime story is hot the inland desert people believe that the barramundi and peal came to the pools and rivers that are inland.