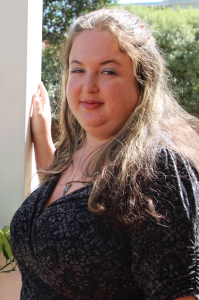 At just 30 years of age, Kimberly has already come up with the title of her life story.
“I’m going to call it ‘From the chains of addiction to freedom’,” she says, proudly noting she’s four months and two days sober today.
Kimberly spent her 20s struggling with alcohol addiction, and despite efforts from her mother and others to assist her, wasn’t able to maintain sobriety. Either she hadn’t been ready or struggled to find the kind of assistance that worked for her. Now, thanks to a team of support and stable housing, Kimberly has found both.
At rock bottom, Kimberly lived out of her car near St Patrick’s (drop-in centre) in Fremantle or would stay at ‘The Sisters’ House’ when it was open during the week. Her son, now 10, had been taken out of her care when he was just two and Kimberly was 22. Life had been on a rough, downward trajectory from there. “I had a house once,” she says. “I was a good mother, the perfect mum, in that first year. I lost everything due to drinking – the demons of addiction had me in their chains.”
A worker at St Patrick’s referred Kimberly to Foundation Housing’s lodging accommodation at 100 Hampton Road, Fremantle. But even with a roof over her head, Kimberly couldn’t immediately shake the habits that had become the normality of her adult existence. “I relapsed several times,” she says. “Then Gareth (who works for Street to Home) took me to South Metropolitan Community Alcohol and Drug Service in Fremantle. One time he took me when I was still hungover and he bought me a cup of tea on the way there. He was so kind.
“Through Gareth, I met Catherine, who is a counsellor for Palmerston at South Metropolitan Community Alcohol and Drug Service in Fremantle, and I’ve learnt so many tools from her. So many things I didn’t know how to do before. Delay and distract. One day at a time. One hour at a time. How good life can feel without drinking. I now also go to AA meetings each week and listening to those stories … I never want to go back. I’ll never go back.”
Foundation Housing works in partnership with a network of community organisations and support agencies to provide tenants with the help they need to get their lives back on track and, whenever possible, to transition out of social housing to independence.
As a result of her progress, Kimberly is now able to have regular contact with her son, which she says has enabled “a deeper connection” and “the chance to make up for so much”. She’s also mended other broken relationships, including with her brother, sister and mother.
Kimberly has also started a photography course and writes diary notes most days that help her understand what landed her here in the first place. “I lost my dad when I was 12 and that was really hard,” she says. “I started getting bullied at school. A lot of things happened at once – it was an awful time.
“And it’s genetic. Alcoholism runs in my family. On her death bed, my aunt said to my mum ‘Please don’t let this thing get Kimberly too’. I have her rosary beads now hanging on a light in my room. I’ve made a promise to her and to my father looking down upon me from the heavens above.”
Emboldened to fulfil those promises, and of course for her own sake, Kimberly says she feels the strongest she has ever felt and now pictures a life beyond social housing. In fact, her short-term goal is to move out of Hampton Road into a unit with a sober friend within the coming months.
And while she is careful not to think too far ahead – ‘one day at a time, one hour at a time’ – she says she would dearly love to work in the field of addiction counselling one day. “If I can get sober, anyone can,” she says. “It’s so important to find the right support, and I have.”