Foundation Housing tenant Terry Maller reckons his gardening efforts have helped him to create a whole new ‘room’ in his home in East Perth.

Terry has lived in his home for 18 years and over that time has grown a lush garden that screens his house from passing traffic.  It has worked so well that Terry has created a private space about 3m square that is like a tropical grotto in the middle of the city. “When I moved in, there were a few roses in the front that weren’t doing much good because there wasn’t enough light for them.   I replaced them with different plants that I’ve got as cuttings from people and now they shield me from the street and I’ve got a big outdoor setting in the front, which is where we sit if people come over.

“The only plants I’ve bought are two palms either side of the front gate,” he said.

Maintaining the garden in all Foundation Housing properties is the responsibility of the tenant, but it is also a great opportunity to make the house, home.  You are welcome to add plants to your garden, and you can even add hard landscaping with prior approval.  However, it’s important to choose plants that won’t have invasive root systems that could damage walls, drains or fences, and it’s also best to avoid trees that may grow to a size that will be a nuisance.

If you’d like to discuss your plans for your garden, speak with your Housing Coordinator.   Have you created a special garden in your home? Email us at communications@foundationhousing.org.au with a photo so we can show others! 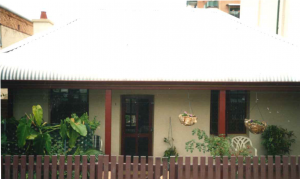 Terry’s garden as it was when he first moved in. 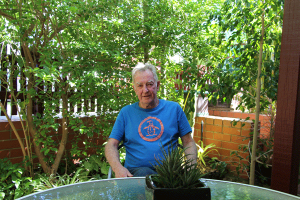